FREE AND SECURE DELIVERY IN SWITZERLAND. PRICES INCLUDE VAT.

All stones used by AGUAdeORO are chosen according to strict selection criteria. We ensure that all our suppliers are owned or controlled by organisations with a reputation for ethical, social and environmentally responsible practices.

The joy of wearing a piece of jewellery comes from the serenity of knowing that it has been designed with respect for the human condition and the environment. This is why all the jewellery on this website is adorned with cultured stones.

One stone is an exception: amethyst. Because of our ability to source responsibly from independent Bolivian mines that respect their workers and the environment, we decided to encourage this positive movement in gemstone extraction and mine selection.

Emeralds are the symbol of immortality and hope. Their name comes from the ancient Greek word for green, smaragdus. The first known emerald mines were in Egypt, dating back to at least 330 BC. Cleopatra was known for her passion for emeralds and used them in her royal ornaments.

These stones are a mineral of the silicate family. Their green colour is due to the presence of chromium, vanadium and sometimes iron in their chemical composition. Colour is the most important factor affecting the value of an emerald. The most sought after emerald colours range from bluish green to pure green, with saturation of bright colours.

Sapphires are the symbol of fidelity and sincerity. "Sapphire" comes from the Greek word sappheiros

These stones belong to the corundum family of minerals and can have different colours: blue, yellow, pink, green, white, orange and multicoloured. All colours except the red colour, representing rubies. However, the most valuable sapphires are those with a bright colour saturation known as "Royal Blue". Sapphires are among the hardest and most resistant gemstones, second only to diamonds.

Normally sapphires have inclusions, so the absence of visible inclusions has a positive impact on their value. However, in some cases, inclusions can increase the value of a sapphire when clouds of extremely fine particles scatter the light, giving the stone a velvety appearance without affecting its transparency. This effect can be seen in some Kashmirsapphires, making them highly desirable.

There is a very rare variety of sapphire called Padparadschas from Sri Lanka, ranging from pinkish orange to orange-pink. The name is derived from the Sanskrit padma ranga (padma = lotus; ranga = colour), a colour similar to the lotus flower. Of the fancy (non-blue) sapphires, natural padparadscha sell at the highest prices. Like traditional sapphires, these sapphires are among the hardest and most durable gemstones, second only to diamonds.

The Little Tear of Joy Pink

Rubies are the symbol of love, passion and wealth. Often referred to as the "queen" of gems, the name "ruby" comes from the Latin ruberwhich means red.

They are red coloured gemstones, a variety of the corundum family of minerals. This colour is caused by the presence of chromium atoms in their chemical composition. Rubies are among the hardest and most resistant gemstones, second only to diamonds.

Colour is the most important factor affecting the value of a ruby. Top quality rubies range from a pure, bright red to a slightly purplish red, but the colour most sought after by collectors around the world is a deep red, sometimes with a hint of purple, called "pigeon's blood" in the trade.

Because of its wine colour, early Greek legends associated amethyst with Bacchus, the god of wine. The name 'amethyst' comes from the Greek amethystoswhich means "remedy against drunkenness".

Amethyst is the purple variety of the quartz mineral species. The purple colour of amethyst can range from light lilac to deep, intense royal violet, and from brownish to vivid. The most popular amethyst colour ranges from intense reddish purple to purple without visible colour zoning, i.e. without angular areas of darker to lighter colour.

Our amethysts are mined and not produced in a laboratory.

Labradorite is named after the region where it was discovered in 1770: Labrador, Canada.

Labradorite is a mineral from the silicate family. The most common colour for this stone is blue, but some quality stones can be inhabited by all colours of the spectrum: colourless, pale to dark yellow, orange, apple green, light to dark green, red, multicoloured. 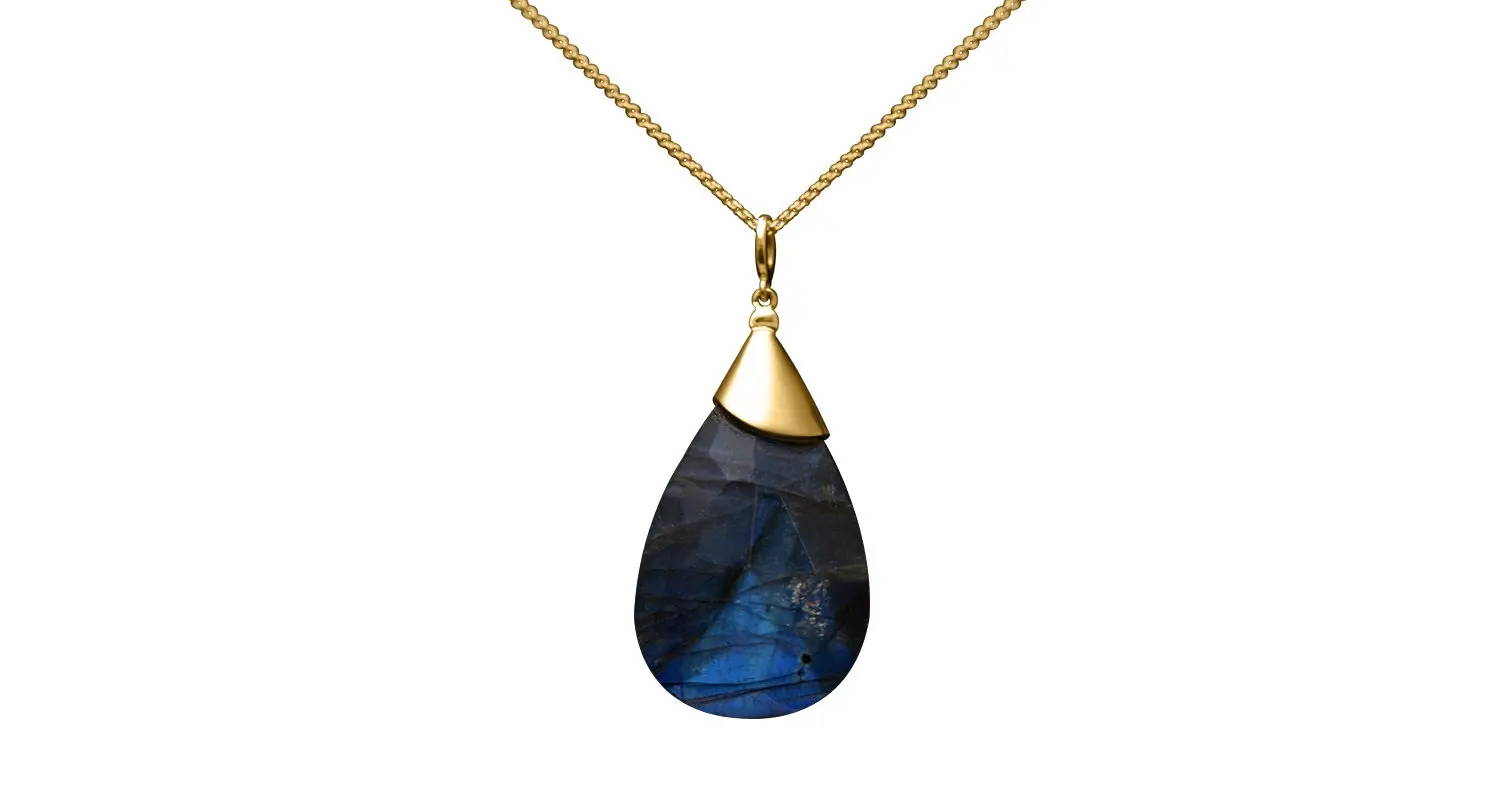 Spinel is the magnesium/aluminium member of the largest group of spinel minerals. Its name comes from the Latin word spinellawhich means spine in reference to its sharp crystals. It is a fine stone used in jewellery.

The name of these stones is derived from the Sinhalese tōramalli, which refers to the carnelian gemstones. Tourmalines are a mineral in the silicate family. The most common species of tourmaline is schorl. It accounts for about 95% of all tourmaline in nature.

Tourmalines have a vitreous luster and a wide range of colours. The pink hue of tourmalines in many deposits is the result of continuous natural irradiation.

Iron-rich tourmalines are usually black, bluish black to dark brown, while magnesium-rich varieties are brown to yellow, and lithium-rich tourmalines are almost any colour: blue, green, red, yellow, pink, and colourless. Some tourmalines may be green at one end and pink at the other, or green on the outside and pink on the inside; this type is called watermelon tourmaline. Some forms of tourmaline are dichroic; they change colour when viewed from different directions. 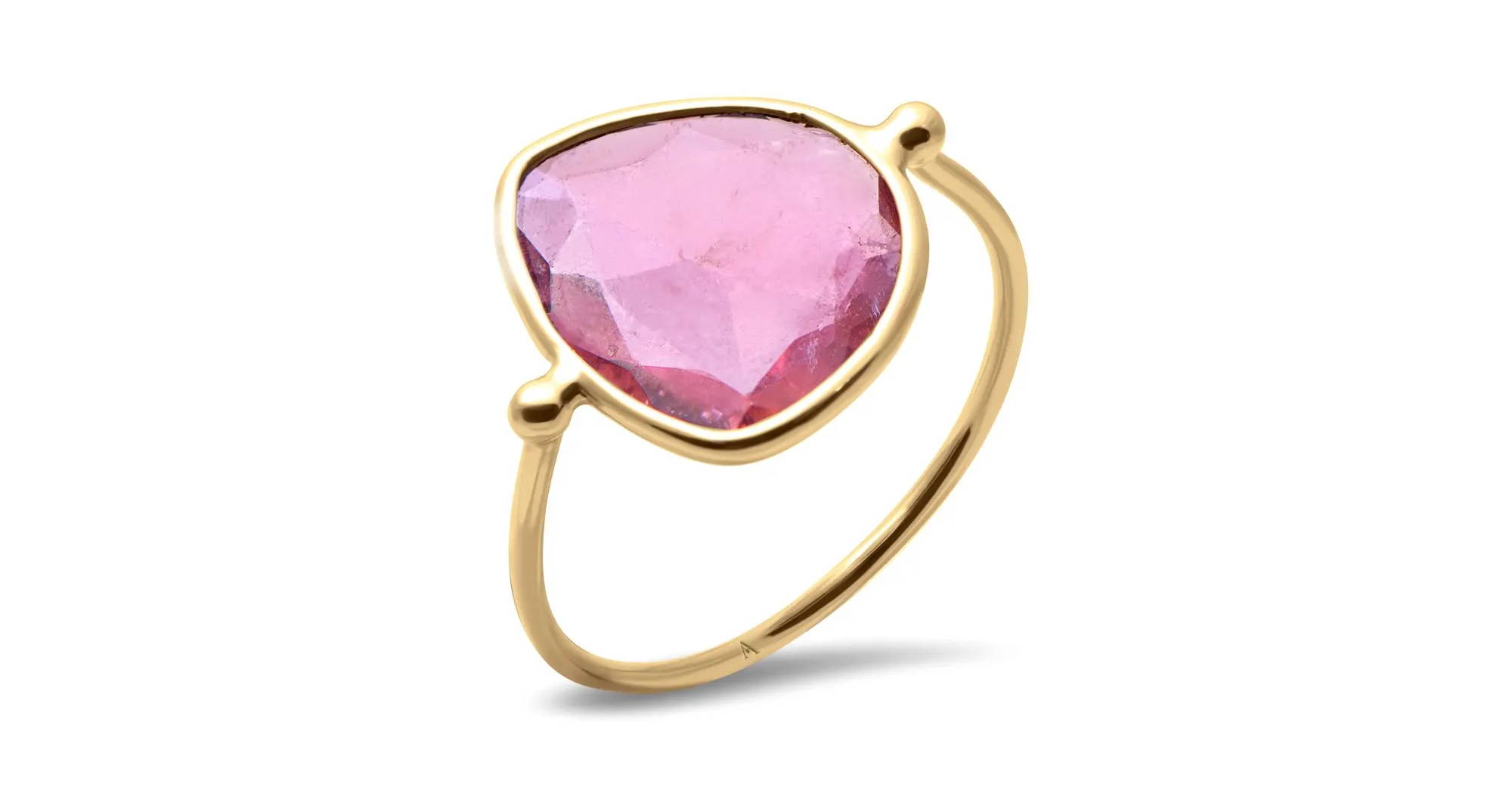 Tsavorite belongs to the grossular family (garnets rich in vanadium and chromium, which gives it its green colour. Very popular with jewellers, it is a rare stone. There are many reasons for this: it is very hard, contains few inclusions, has a high refractive index and a very rich colour. The greater its weight, the higher its value.

The name aventurine derives from the Italian a ventura which means "by chance". It is an allusion to the fortunate discovery of aventurine glass or golden stone at some point in the 18th century.

Aventurines are a variety of quartz. The most common colour of aventurine is green, but it can also be orange, brown, yellow, blue or grey. These stones are characterised by their translucency and the presence of lamellar mineral inclusions that give them a shimmering or glistening effect called adventurine. 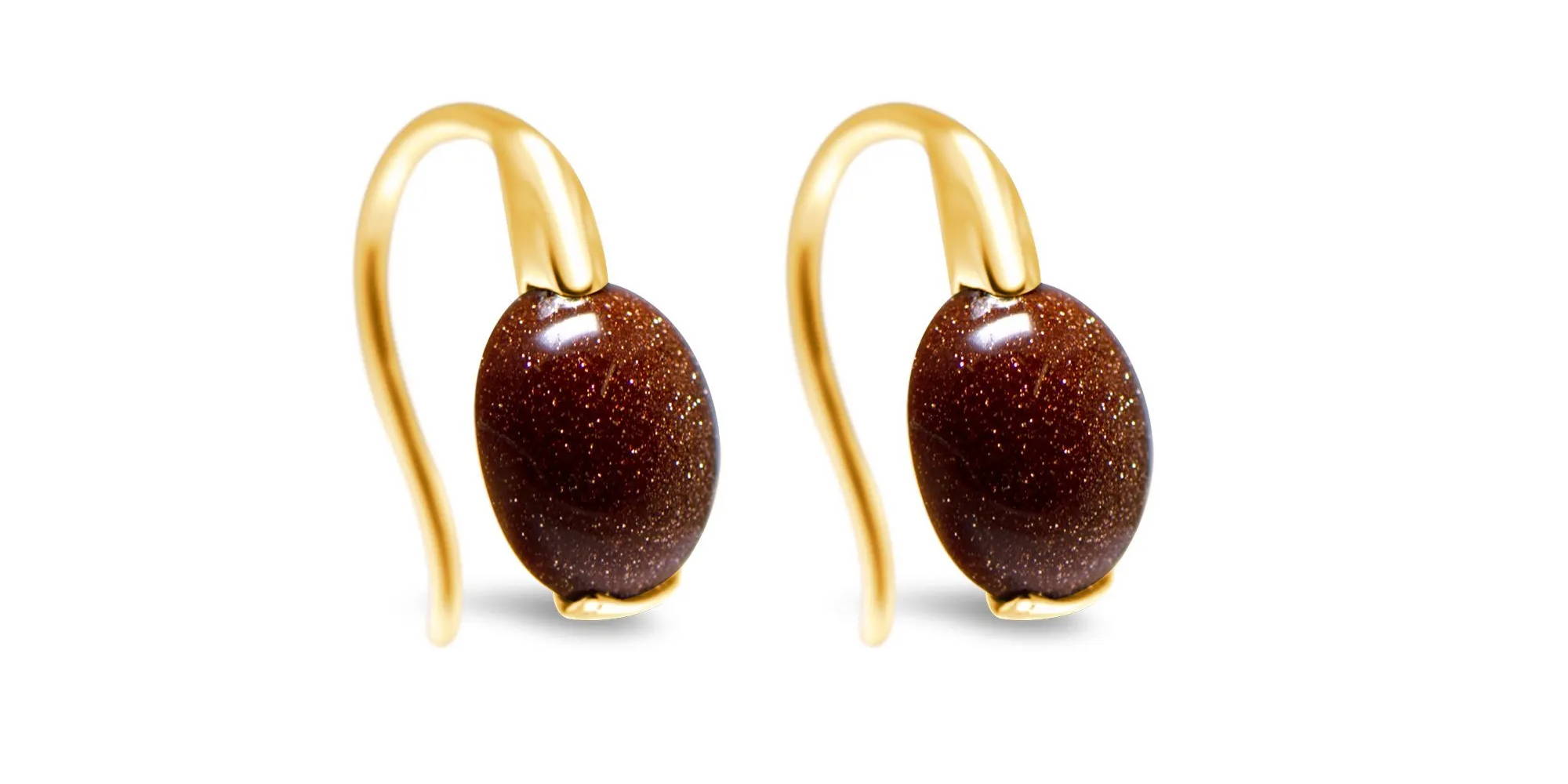 Chrysoprase is a variety of chalcedony gemstone. Unlike emerald, which owes its green colour to the presence of chromium, the colour of chrysoprase is due to traces of nickel compounds in the form of very small inclusions. Its colour varies from apple green to dark green.

Tanzanite is a blue variety blue à purple of zoïsiteThis crystal is often found as a transparent gem. The particularity of this crystal is its trichroism, i.e. its capacity to absorb, in polarized light, different colours under the angle of illumination. Thus, depending on our angle of view and the orientation of the crystal, we can see splinters of sapphire blue, violet, or burgundy red. This characteristic makes it very popular in jewellery.

This stone is only found in Tanzania.

Onyx is a variety ofagate. Agate has curved bands while onyx has parallel bands. The colours of its bands range from black to almost any colour. The most common colours are black and white.